A young man from a town in Madhya pradesh in the year 1976 with a vision, ambition and determination to make it big, Mr. Purushottam (Bhola) Miglani started his career from Automobile Industry in Chhindwara, Later Ventured by starting two wheeler dealership, Financing Company & diversified into Four wheeler dealership of Force and Maruti. Later In 2009 He got Mahindra and Mahindra Four Wheeler Sales and Service Dealership, Which is Successfully Running in Chhindwara, Seoni, Balaghat, Betul territory.

Idea behind the hotel business started as Mr Miglani found lack of Luxury Hotel & Lawn for his Dauther Wedding and other function in City. So Mr Miglani, The Business Tycoon of Chhindwara and nearby Cities, steered his onglomerate into the Hospitality Sector, Finally the Another Dream come true and Hotel Inaugurated by Hon'ble Chief minister of Madhya Pradesh Shri KAMALNATH JI (Ex.M.P. Chhindwara and Current M.L.A) & Hon'ble Shri DEEPAK SAXENA (Ex. M.L.A & Ex. Minister) on the 31th of December 2018 & within a short span of time Hotel Accord International positioned itself as an eminently successful Luxury Hotels making their mark in chhindwara and nearby cities. 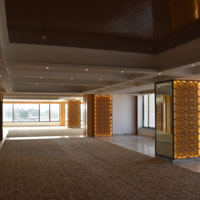 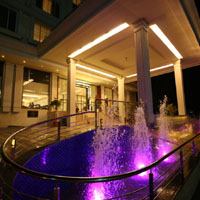 Hotel Accord International, A benchmark of Luxury Facilities in Chhindwara.